BEIJING — Chloe Kim has continued her dominance on the halfpipe. The champion claimed her second gold medal on Thursday, becoming the first woman to ever win multiple gold medals in the women's event since it became an Olympic sport in 1998.

Kim last won gold during the 2018 Pyeongchang Olympics at just 17 years old. Going into this event, there was little doubt she would lead the pack.

The now 21-year-old's first stellar run earned her 94 points — far ahead of her competitors and four points ahead of the second place finisher, Spain's Queralt Castellet.

Kim's relief at her first run was obvious. At the end of the course, she was crying with sheer excitement and smiling wide.

Her early lead pushed her through a messy second and third go at the halfpipe.

Each athlete has three runs to score the highest points possible. No competitor was able to match her.

She said after her first turn, she was trying a new trick called the cab 1260, but failed to execute it.

"I can do the cab 1260, but I'm super bummed that I wasn't able to land it today because I thought I had that trick on lock," she said. "The truth is this halfpipe is so much bigger, so much faster, and much icier than any of the other halfpipes I've ridden."

Kim was the only American who competed in the women's halfpipe competition on Thursday. 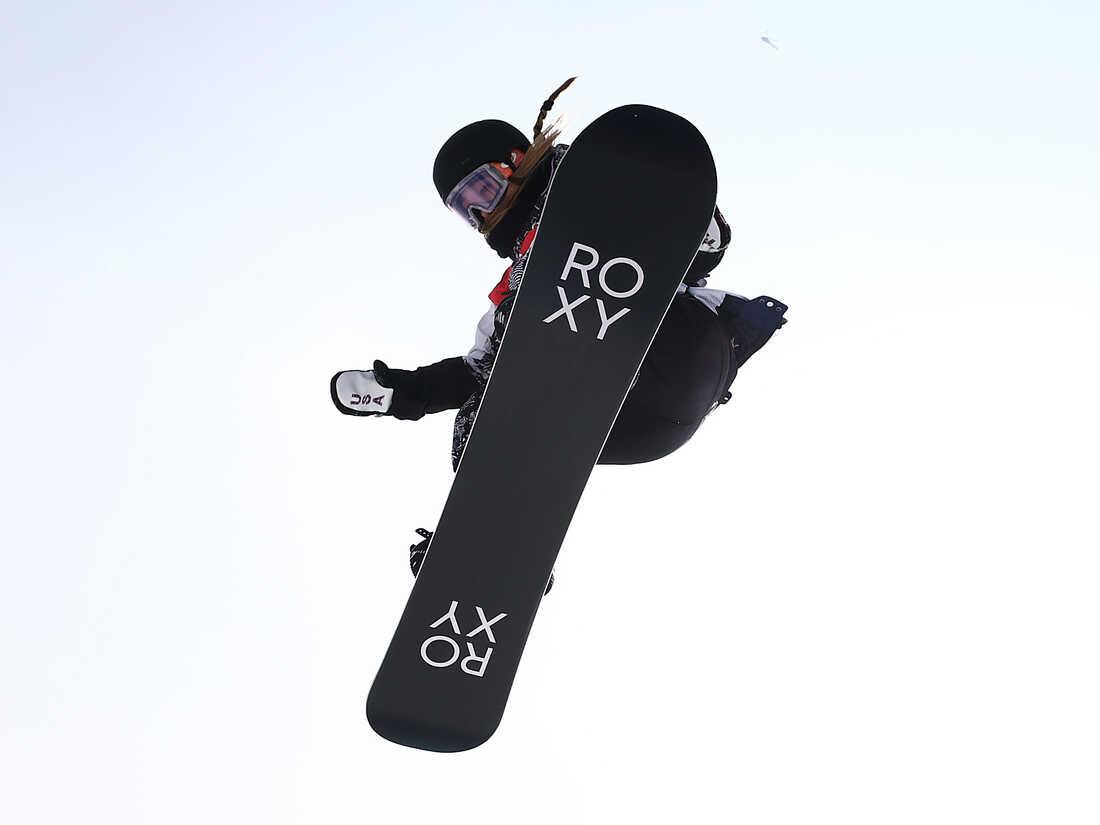 Chloe Kim performs a trick during the women's snowboard halfpipe final at the Beijing Olympics.

Prior to her stunning first run, Kim said she was actually dealing with a tough practice and "a mental battle" before hitting the course.

After her star-making appearance in Pyeongchang, Kim said she learned the need to balance mental health, especially in moments of high pressure.

During a news conference Thursday, she said putting mental health first and taking a much-needed break to go to school put her in the best place to win gold.

Kim said, "The biggest challenge for me now is just to be as open as possible, because I hope that maybe one day, a little girl can hear my story and be inspired to keep going, to never give up, to learn that it's OK to have a bad day, but you can move on if you come out in a better place at the end of it all."

As of now, she is unsure whether another Olympics is in store for her.

"There's a lot of blood, sweat and tears and hard work sacrifice from families," she said. "And it's not easy. I fall on my butt and I'm sore for three days."